James, who is a pretty avid mountain biker from South Carolina, booked his tour back in April. The plan was to take he and his son Jake out for three hours, then perhaps hook up with his wife and two daughters for 2 more hours. Things almost went as planned. Jake, James and I crushed 27 miles and 2,800 feet of elevation gain during a three plus hour tour through Overend Mountain Park, Around the Rim, and up and over Telegraph,  finishing with the epic 1,000 foot downhill. Jake showed that he is a chip off the old block, riding right on my wheel for most of the tour, despite currently living in Charleston, SC, where the mountain biking scene is pretty nil. In the afternoon, James and his family decided he and I would continue the ride. We went over to one of Durango’s newest trail networks, Twin Buttes, and rolled off another 10 miles and 1,300 feet. James was loving the climb and the decent of Ed and Flow. At the end of the day we rolled off nearly 40 miles and 4,000 feet of climbing. The family was on their way to Ouray to enjoy more of their southwest vacation. 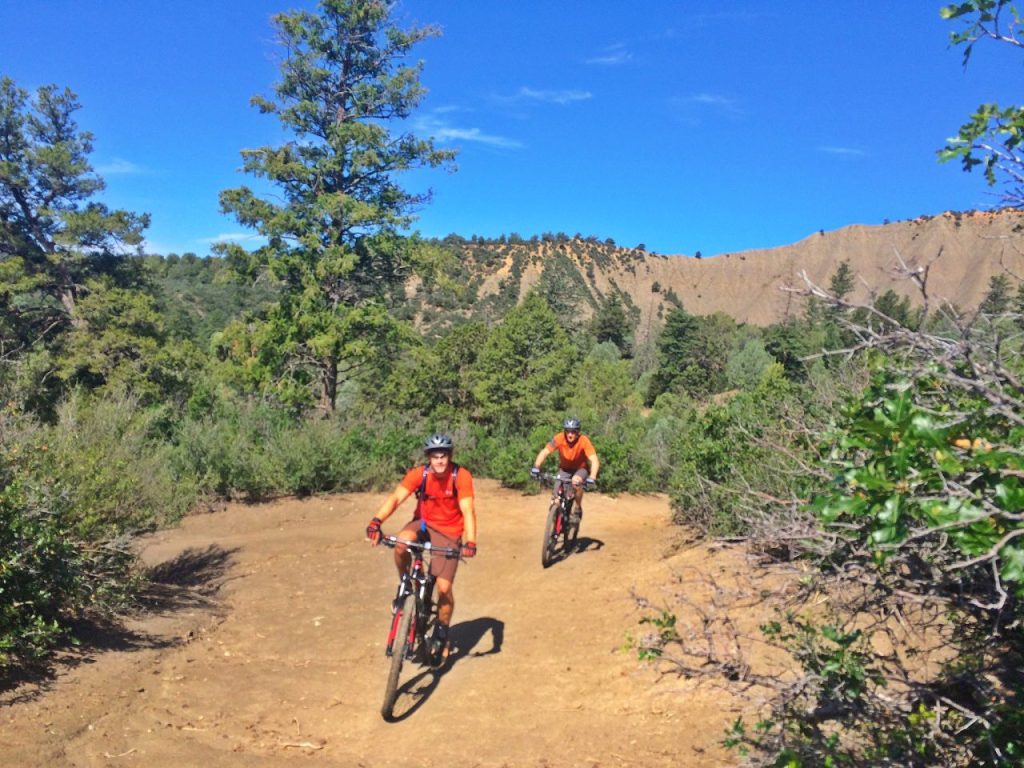